This is a fun piece. This is a cockroach goddess holding a flower, bouquet of roses, a candy bar (she loves sugar!) and a candle above her roachy head.  There are fertile green hills and valleys with a river running through.

You can purchase the Cockroach Goddess in the 3amStore 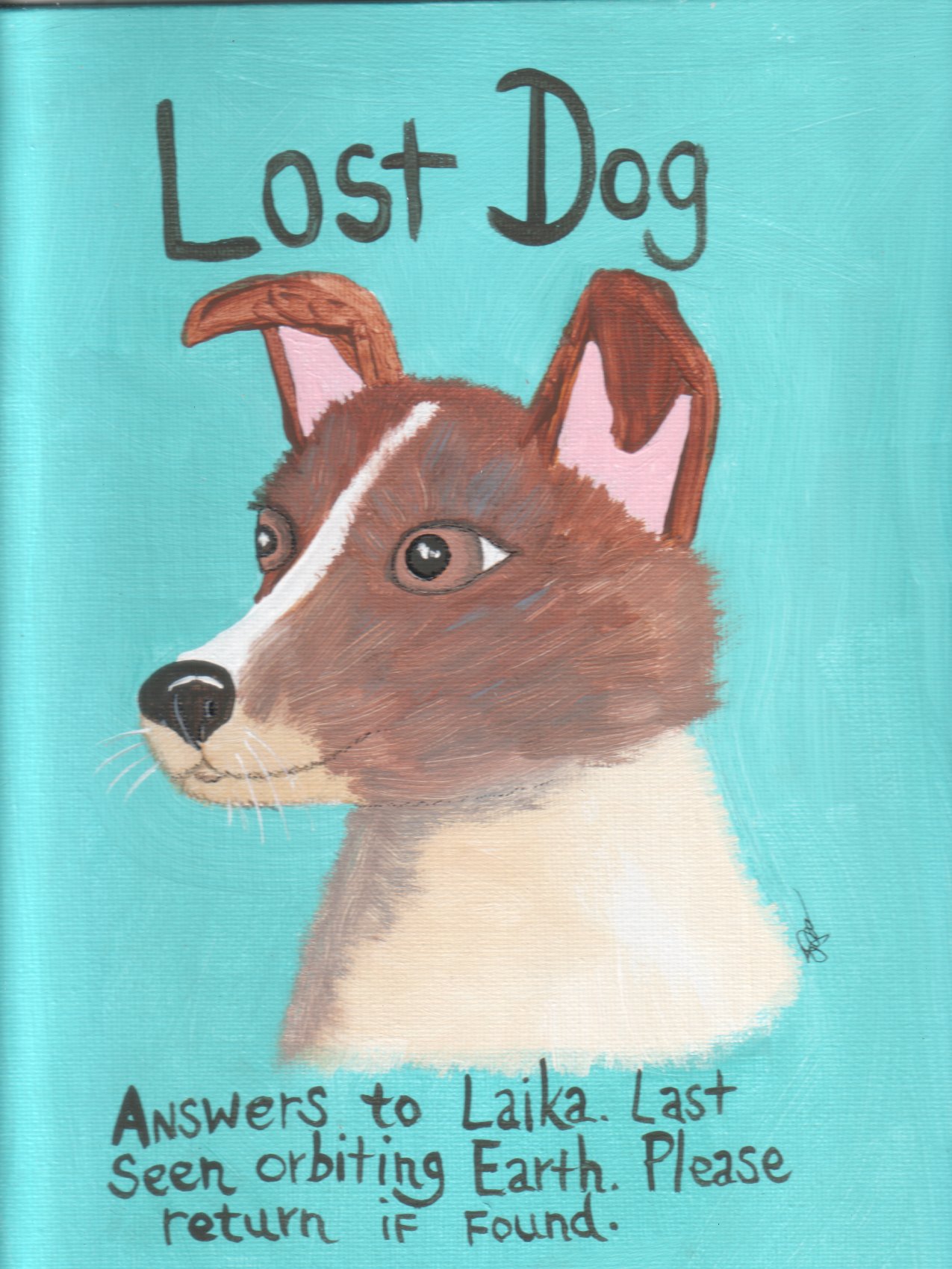 Laika the dog was one of the end of childhood defining moments for me. When I was little, I thought in my happy little girl head, that dog was up there in Sputnik II happily driving it around around the earth and eating dog treats ….. it wasn’t until later I found out out Laika was sent up with no way to bring her back.

And so I was trapped in my seat on an airplane.
Full flight, couldn’t get someone else to trade with me.
One of those nice, quieter jets where the engines don’t drown out the super annoying person next to you.
I was stuck next to this overly nervous, non-stop talking woman who did nothing but spew the most judgmental, rude crap.
Pretty soon it became a game, look at my watch and then count how many times she said “I”.
Over an hour of this, I had learned she thought everyone that didn’t put their hands over their hearts should be shipped out of ‘Merica and thought Fox News was the ONLY true news.
I also learned she had some pretty extreme views on women’s rights (they didn’t need them, they had it good before and really if we loved a man enough to marry him, he could make our decisions for us as god intended) and most importantly, I learned that cable was just a way to show our people soft porno and corrupt us all!
She was making me tired.
Finally when she asked me what I did, I told I wrote musical scores for porn movies.
She turned away and said nothing more. 🙂
Best, last hour of a flight to Toledo, Ohio – EVER.

I think everyone has potential to be amazing.
It’s just a matter of finding the star you want to chase and making a commitment to grasping at it. 🙂

I met someone ages ago either on a lay over or at a party – I can’t remember which.
She had the bar-none most gorgeous hair I’ve ever seen.
it was incredibly long and just beautiful.
We were chit chatting and was telling me how envious she was of any woman with short hair.
So I asked why and she told me she promised her father she would never cut her hair and he had passed on when she was young.
It was the promise of a child to a dying father.
She wanted to cut her hair badly but felt she could never break her promise.