Who wouldn’t love to have a squad of the best ladies in the universe? This fine art print of a watercolor painting of a group of lady friends is available in two sizes: 8×10 and 12×16 inches. The museum-quality posters are made on thick and durable matte paper. They a wonderful accent to your room and office with these posters that are sure to brighten any environment or make a fun gift. 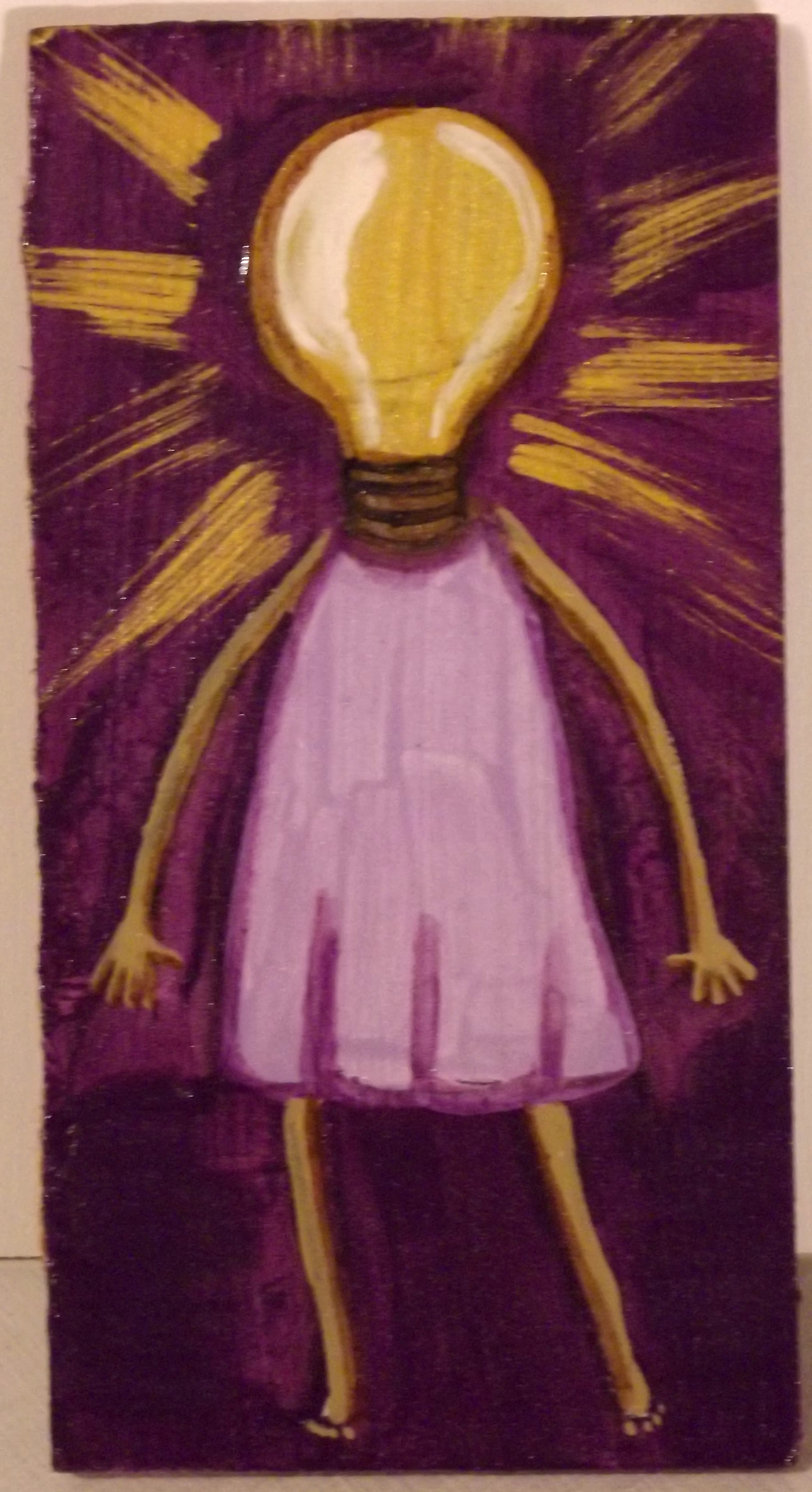 This is a funky little acrylic painting on wood about a lady with a lightbulb head. She has so many great ideas she just went totally idea icon one day. It happened, true story.

P.S. My personal favorite part of this piece are her tiny little toes.

About this Artwork
This is an original painting using acrylics done on a wood board.
The size is 2.5 x 4.5-inches.
Price : $20 + $3 shipping

Shipping is $3 inside the United States and most destinations outside the USA run around $9. Just write me before you buy if you live outside the US and I’ll give you a quote for shipping. 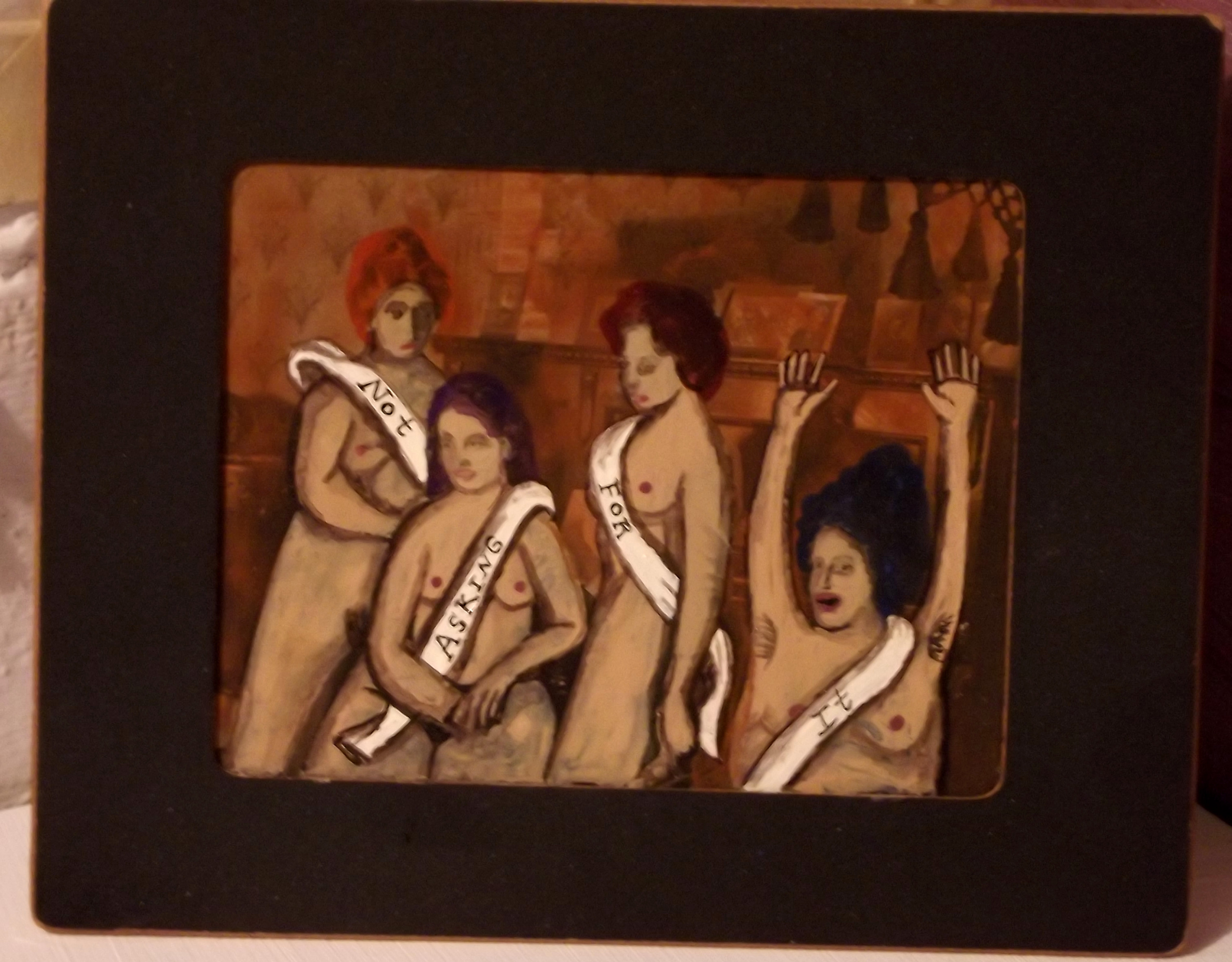 I knew someone once that okay, confession time, I got to the point I would piss her off just to see her stink eye.

It was amazing how she could squinch up one side of her face and open the other eye HUGE. And look totally displeased while doing it. She Had Stink Eye Jo Potocki Acrylic Collage Outsider Art Orginal Art Girl Woman | eBay

I knew someone once that hated anything that was outside her comfort zone. And let me tell you, this chick’s comfort zone was microscopic.
She hated people with tattoos, said they were scummy and she wouldn’t sit by someone on a plane that had them. Yet, her husband had tats.
Anyone and anything unique was suspect and hated on.
She made me tired to be friends with, so I stopped.
Imagine all the people you’d never have the pleasure of knowing if you just judged a book by its cover?