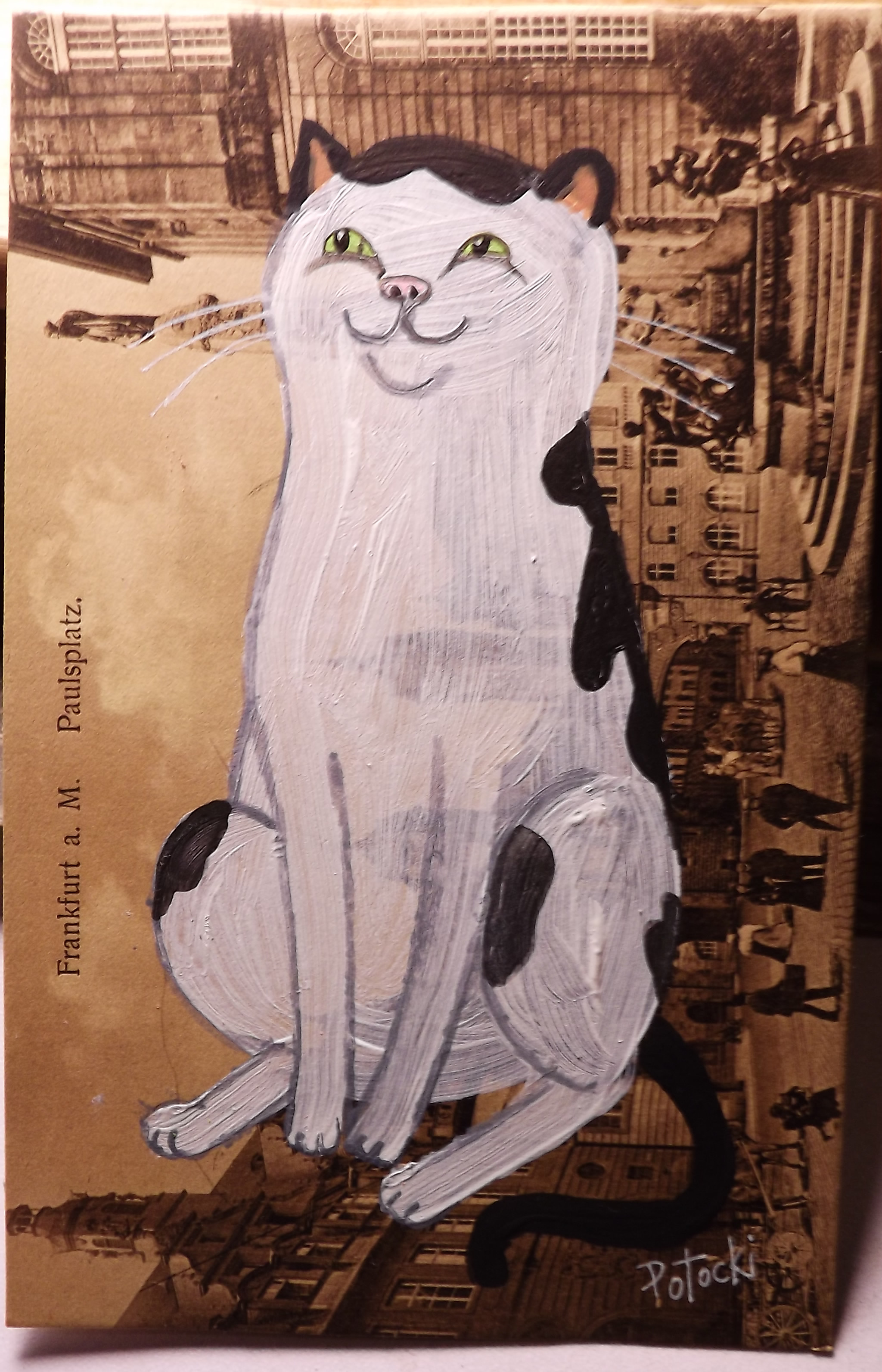 Ahhh Oliver Gripweed. After the cat featured on Cats of May #1 passed away a couple of weeks later, Skinney and I went to a local cat rescue to adopt another cat. We walked around and looked for our new family member, and a small paw reached out and grabbed my partner. Her name became Vylette and she was 6 weeks old, waiting to be adopted with her brother who became Oliver Gripweed. We didn’t intend to adopt two cats, but Oliver seemed like he really needed to be with his sister. Turns out I really needed Oliver.

Less than 1 month later, a perfectly normal pregnancy went completely wrong when the umbilical cord collapsed and our son, who was less than a month away from being born, died in utero. I found out two important things. When friends don’t know what to say, they just go away and keep their distance – which really makes you feel alone and I also found out how incredibly healing the love of a single being can be. Oliver became my constant companion, no matter where I was inside or outside in the garden, he was there.

One year I decided to grow stevia, you know the plant you can use instead of sugar, and the lower leaves kept disappearing. I thought my partner was using it, he thought I was. Nope, Oliver was eating it and it made his head smell like maple syrup.

He had horrendous kidney issues, we were able to manage them for years, but when he went, he went fast. I was waiting for a call back on a Sunday from our vet about where to go with him, and less than 20 minutes after I called Oliver had a stroke and died in my arms. I was heartbroken and I still miss him.
He’s buried in the flower garden where he used to love to sit with me.

This painting is 3.5 x 5.5 and done on a vintage postcard.|
This piece is sold. If you’d like an Oliver Gripweed of your own – just contact me about a commission!